Go back to: Uncategorized

From the Heart: Author Drawings by Rick Bartow 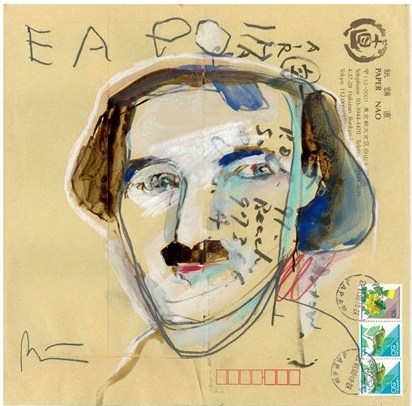 On display through April 2020 at the main library. The exhibit includes 17 original works on paper that Rick Bartow (1946-2016) donated to the Newport Public Library in 2000, most of which have not been previously exhibited in public.

Bartow, one of the nation’s most prominent contemporary Native American artists, was born in Newport, Oregon. He was a member of the Mad River Band of the Wiyot tribe of Northern California and had close ties with the Siletz community. He graduated in 1969 from Western Oregon University with a degree in secondary arts education and served in the Vietnam War (1969-71).  His work is permanently held in more than 60 public institutions in the United States, including Yale University Art Gallery, CT; Brooklyn Museum, NY; and Peabody Essex Museum, MA. Bartow was the subject of over 100 solo exhibitions at museums and galleries. The Froelick Gallery in Portland has represented Bartow since they opened in 1995 and continues to represent his estate.